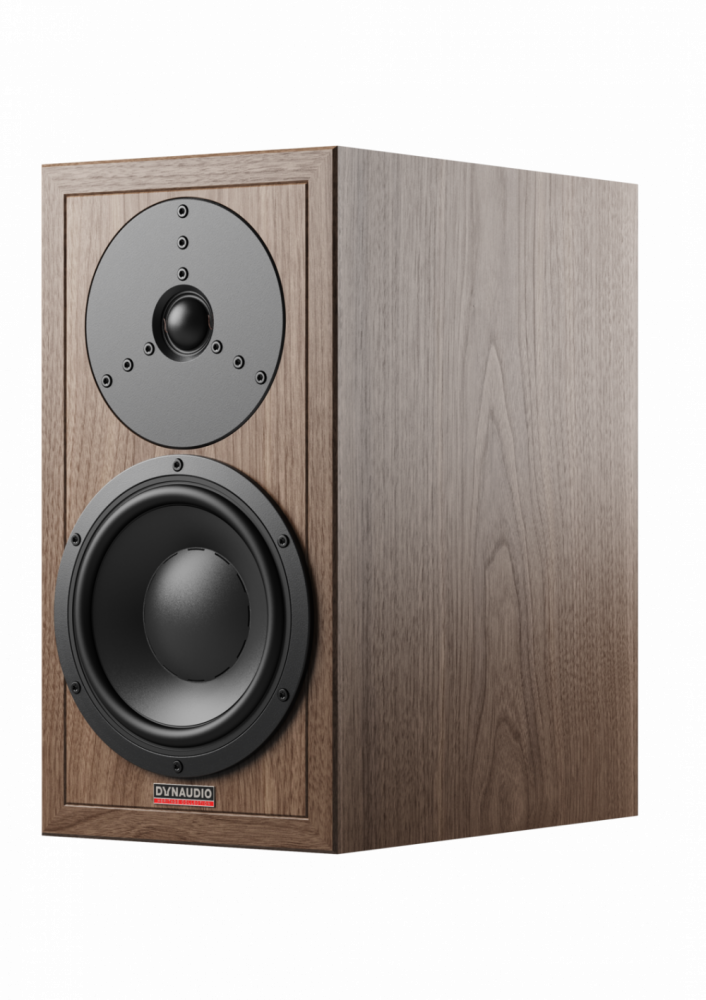 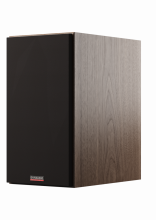 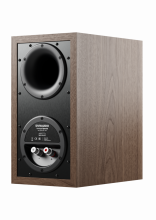 ‘Heritage Special’ isn’t just a name. It’s a salute to traditional high-performance Danish audio design. And each of the 2500 limited-edition pairs is unique.

Listen to craftsmanship. Listen to real wood. Listen to state-of-the-art, hand-built tweeters and woofers. To more than 2000 hours of devoted R&D. To the depths of your record collection. Listen to what you love.

Heritage Special is brimming with the spirit (and flødebolle-fulled boldness) that made the Dynaudio name – plus some new surprises. Run your fingers over the hand-finished American Walnut finish. Discover the meticulously crafted joins and corners of the individually selected – and individually matched ­– veneer panels. Pause at the signature groove surrounding the baffle (you’ll remember it from the Dynaudio speakers you coveted years ago).

And then put the top-of-the-line Esotar 3 tweeter and souped-up Evidence woofer through their paces with something that’ll rock your socks off.

We made Heritage Special for you. 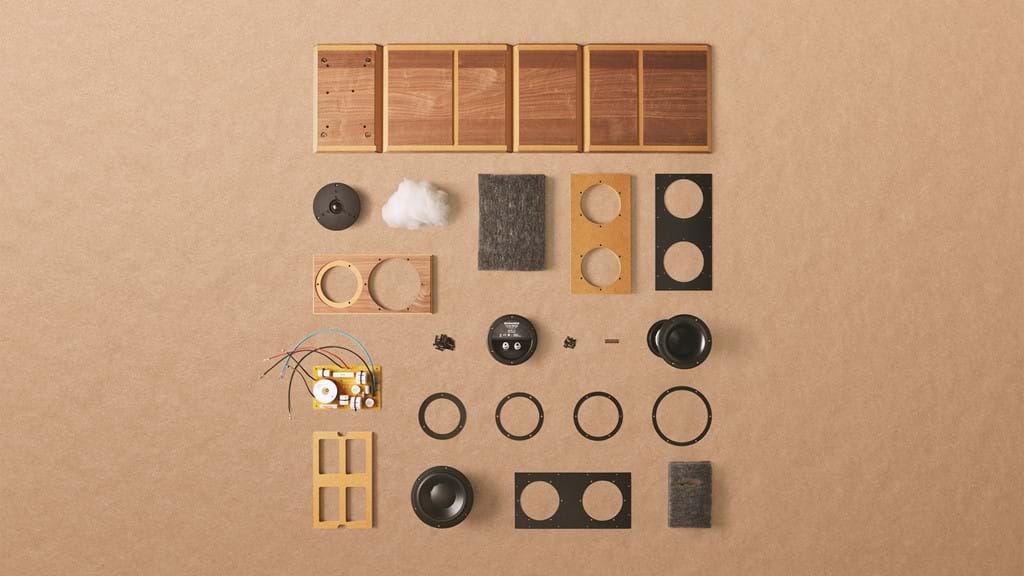 It’s a tribute to some of our most legendary bookshelf speakers. Get up-close and personal, and you’ll notice little design cues from classics including Crafft (1989) and Special Twenty-Five (2002). There’s a tip of the hat to the first Contour (1986). Even the backplate offers a knowing wink to Sapphire (2008).

Creating it was a labour of love… not to mention secrecy. Daniel Emonts and Otto Jørgensen, the masterminds behind the project, could often be seen in the Dynaudio Labs kitchen whispering, sotto voce, about things like “American Walnut”, “Mundorf” and “Martin over in the Danmarksvej factory”. (They stopped as soon as anyone from the marketing department came in.)

Heritage Special is limited-edition: 2500 pairs… and once they’re gone, they’re gone. When our production department found out what we were building, they were so excited that they demanded to make it from top to bottom, inside and out, at home in Denmark.

That’s why ‘Special’ isn’t a word we use lightly. Everything in these speakers, from the cabinets (made and finished in Skanderborg by Martin, Arkadijs, Mikkel and Malene), to the drivers (headed-up by Stine, also in Skanderborg) and the crossovers (designed by Daniel, also in Skanderborg and made by Holms Radiofabrik just down the road in Horsens) is crafted with that word in mind. 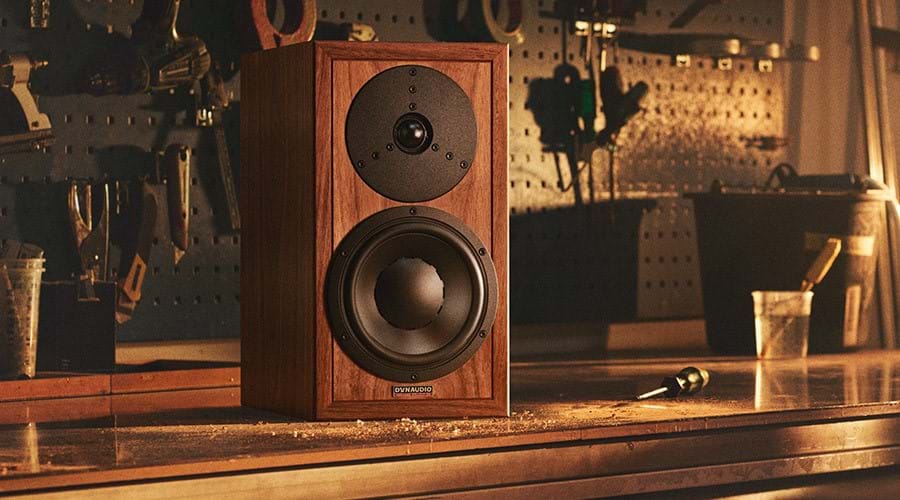 It’s hip to be square

This is where Heritage Special takes shape. Literally. It isn’t a photo-set, carefully dressed to look like a factory. It’s a factory, left as it is, with a finished Heritage Special left on the bench after Martin went home (he didn’t want us distracting him with cameras while he worked).

Martin has been with Dynaudio for 17 years. The cabinets he and his colleague Arkadijs produce are made right here. Each panel is matched – the fronts, sides, tops and bottoms to each other, and then between the speakers in the pair – and then numbered before assembly so they can be kept together.

Next, the list strips. These thin veneers along the cabinet edges are selected for the right colour tone and grain characteristics, then matched to each other (and between each speaker pair) and numbered to sit with the panels.

We use 19mm MDF for the cabinets (it’s a rigid, stable material that’s perfect for the kind of precision cutting and joining you’ll see here), and sustainable American Walnut for the external veneers. Internal bracing is installed to ensure the cabinet is as rigid as possible, and there’s also a layer of heavy bitumen on the inside surfaces that helps minimise unwanted resonances even more.

Once they’re glued and clamped, they’re left to dry. Then, 24 hours later, they’re given to Malene for sanding to perfect smoothness and flatness. By hand.

She makes it look easy.
It really, really isn’t.

Malene makes sure the surfaces are ready for Mikkel to lacquer. He applies two coats (returning them to Malene for another sanding after each one), before giving them the final finish. It’s a process we’ve perfected over the course of more than 40 years – and when you run your fingers over that surface, you’ll feel just how good we’ve got at it.

After being checked, lusted over by passing employees and given a goodbye salute, the cabinets are taken to have their drivers, crossovers and finishing touches applied. 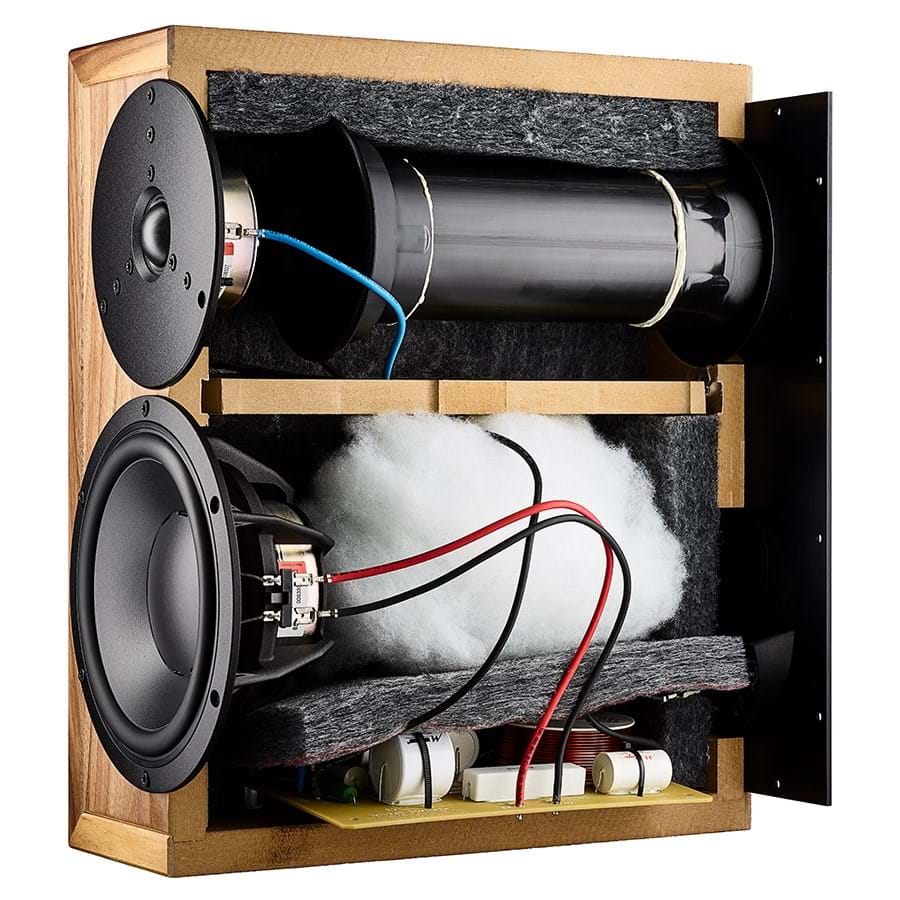 If you were to ask any Dynaudio speaker how it would want to be built, it would say “like this”. And then point to itself.
For Heritage Special, it was only natural to reach straight for the top shelf when it came to specifying its drivers.

Look closely at the tweeter. Dynaudio historians will notice the unmistakable shape of the legendary Esotar T330D soft-dome tweeter. That’s Special enough on its own – but if a job’s worth doing, it’s worth doing jaw-droppingly. So we’ve replaced the insides with the finest tweeter technology we’ve ever created: Esotar 3. You’ll also find it, along with its powerful neodymium magnet, larger rear chamber and resonance-defeating Hexis inner dome, in our top-of-the-line Confidence series.

Taking on mid/bass duties is something equally Special: the 18W75 XL Heritage Special MSP Woofer (sometimes it’s worth giving a component its full honorific). If you were truly eagle-eyed, you might remember its exponential cone design from the magnificent Evidence Platinum series. The difference is, we’ve taken it further: this driver has an improved voice coil (a classic internal-magnet design with aluminium windings, now on a glass-fibre former); magnet system (a hybrid design with both neodymium and ferrite magnets for even greater flux control); and spider (Nomex, as seen on Confidence and Contour i).

The crossover is really quite something. Senior acoustic designer Daniel Emonts went back to basics and came up with a bespoke first-order topology, then demanded it be endowed with the finest components our friends at Mundorf in Germany could supply. Key parts are custom-built to our exacting standards, and Mundorf’s legendary Evo Oil capacitors are used in the critical signal path. There’s also local impedance-correction on board for each individual tweeter and woofer, as well as time-alignment technology, to make for a silky-smooth transition between drivers.

If you were to take the speaker apart, you’d also discover 12 AWG internal wiring by Van den Hul, and Swedish-made polyester damping material. (But you’ll just have to take our word for that; please don’t disassemble your new Heritage Special speakers.)

On the brushed aluminium back-plate you’ll see top-of-the-range WBT 710 Cu mC NextGen terminals – yet another premium detail for you to marvel at. And when you plug in your cables… well, we’d be surprised if you didn’t do it two or three times more just because it feels and sounds so nice.

Finally – of course – there’s also your individual pair number. (We’re being selfish and keeping number 0001 for ourselves.) 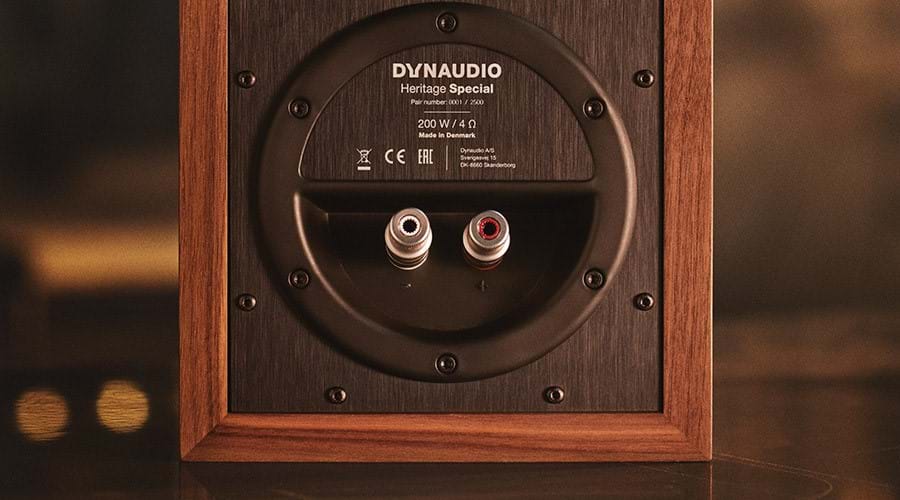 Sometimes you buy A Thing with your head. You have very logical reasons, and the results are entirely predictable based on the circumstances that Thing finds itself in.

Sometimes, though, you buy with your heart. Logic be damned.

And the results are… well… Special.