Going to the movies is much better at home. You don’t have to queue, the floor isn’t sticky, and you don’t get charged through the nose for snacks. Plus, you can create a far superior audio experience. But for that, you need a centre channel.

Director Danny Boyle said that sound makes for 70-80 per cent of the movie-going experience. And when you’re watching a film, the majority of that 70-80 per cent is reproduced by the centre channel.

Evoke 25C is a dedicated centre speaker designed to integrate perfectly with any and all other speakers in the Evoke family – so you can bathe your ears in high-quality stereo just as effectively as you can shake the fillings out of your teeth with a summer blockbuster.
The two-way design has one 28mm soft-dome tweeter and twin 14cm long-throw woofers.

Like the rest of the Evoke range, the tweeter is the brand-new Cerotar. It’s based on key technologies from our award-winning Esotar Forty anniversary tweeter, and the mighty new Esotar3, which you’ll find in the top-of-the-line Confidence series.

Like all Dynaudio tweeters, it uses a precision-coated soft dome. This coating is applied in exactly the correct places and thicknesses to optimise high-frequency performance – it’s a process derived from our most exclusive speakers.

But that’s where the similarity to everything except Confidence ends. Hidden behind the dome is a part called the Hexis: a special inner dome that shapes airflow to smooth-out the frequency response and eliminate unwanted resonances that would affect high-frequency performance.

That’s all a posh way of saying “even if you’re watching one of those box-sets that lasts for nine hours, your ears won’t get tired”. Which, of course, is exactly as it should be. 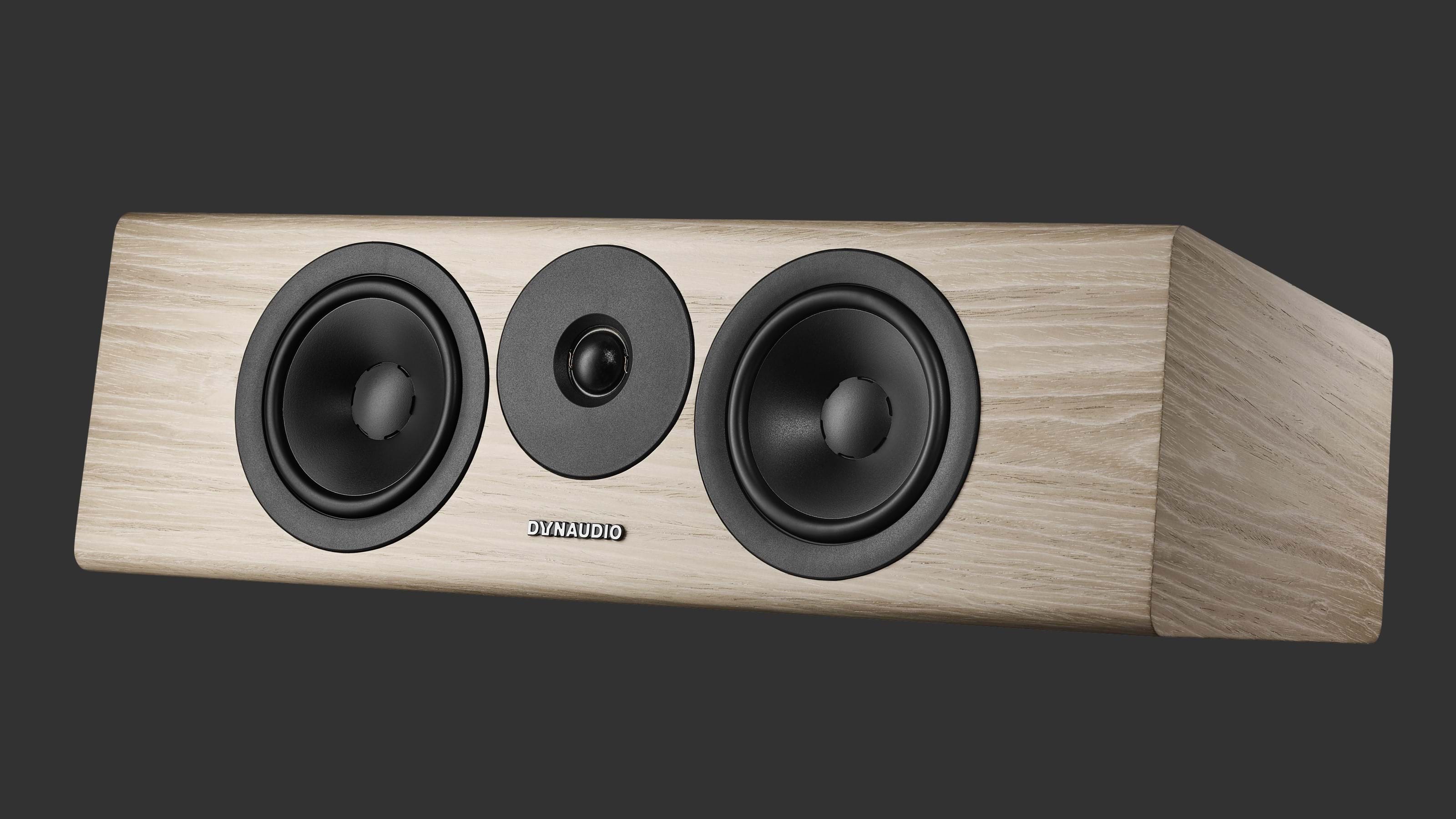 Evoke 25C’s twin 14cm Esotec+ mid/bass drivers are made from MSP (Magnesium Silicate Polymer), a material we’ve been using for our woofer diaphragms since the dawn of Dynaudio. It provides exactly the right combination of lightness, stiffness and damping to balance the needs of precise bass performance with clear, detailed midrange.

The 38mm voice-coils themselves are made from aluminium, making them extremely light. That means we can use more windings. More windings gives us more control over the cone’s movement, which means more control over the sound – even at high volumes and high frequencies. That’s especially important in a centre speaker, which predominantly deals with speech – its midrange performance has to be absolutely top-notch.

The woofer motor is kept stable, centred and true by the Nomex spider (the circular spring assembly that stops the cone moving when it shouldn’t, and lets it move when it should), while the new Contour-derived surround allows a longer throw ratio for greater punch. And, like the Cerotar tweeter, the woofers are both driven by ceramic Ferrite+ magnets for greater control, finesse and power.

In non-speaker-designer language, that means “you’ll hear your movie the way it was meant to be heard”. No rough edges, nothing standing out where it shouldn’t – and nothing relegated to a cameo when it should be the lead.

Made for (home) movies

Our design department took drew inspiration from show-homes, home-interiors stores and real-life dwellings in Denmark to hone Evoke 25C’s look. After all, it’s as much a piece of furniture as the couch you sit on to watch your movies.

That’s why the four finishes are so relatable. You can choose from Black High Gloss and White High Gloss (which both use new lacquering techniques for a stunning glass-like surface), as well as the warm and organic open-veneered Walnut Wood and Blonde Wood styles.

The cabinet is tapered and rounded in a nod to the Contour and Confidence ranges, while the mounting screws are hidden behind stylish one-piece trim rings.

Like a great movie, a great design doesn’t age. Evoke 25C will stay as timeless and thrilling as the classics you’re playing through it.