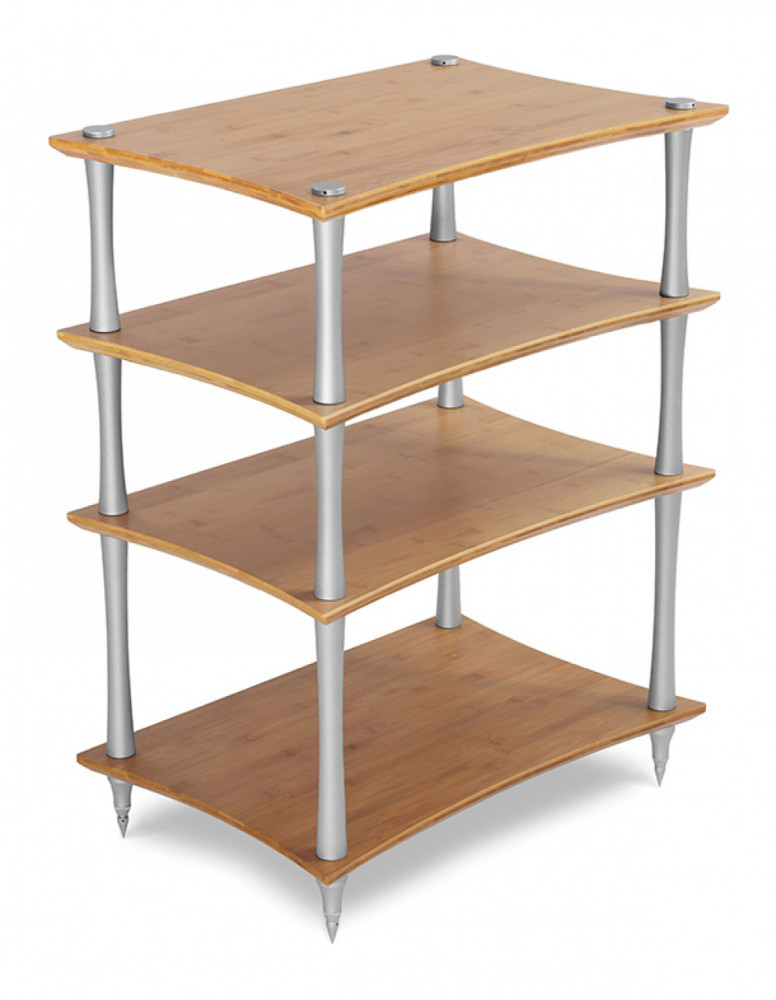 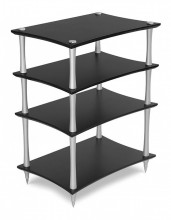 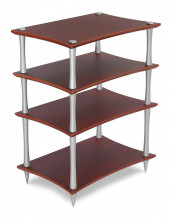 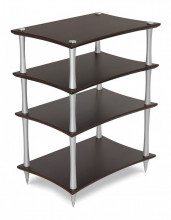 THE ORIGINAL STAGE TO BRING YOUR HI FI TO LIFE
In the same way as every musical performance needs a stage so a HiFi needs a stage to bring the music to life in your home. Twenty years ago we set out to develop a modular rack – the Q4- that could support a variety of Hi Fi systems and deliver acoustic performance with style. This was achieved by combining solid aluminium columns with specially engineered shelves to create a light and rigid construction to deliver a clearer, cleaner musical performance. It is commonly accepted that every component in a HiFi system from amplifier to source including record decks, cd players and streamers are microphonic and produce resonance that will distort the quality of the music reproduced by a HiFi system. This distortion can be significantly reduced by siting the HiFi system on a purpose built equipment rack designed to deal with the resonance. The design of a HiFi rack and the use of materials in its construction is critical. To develop our HiFi racks we use the tried and tested technique of tuning by ear in the same way as the finest musical instruments are developed. From extensive research we found that the use of non-ferrous metals such as Aluminium and Bronze along with natural materials such as Bamboo reduce resonance. Furthermore the shape of the shelves and columns used within the rack will determine how resonance is treated. In particular we found that a light but rigid construction delivers a clearer, cleaner musical performance.

Our first HiFi rack – the Q4 – was launched twenty years ago and is still one of our most popular HiFi racks throughout the world. Since its launch we have sought to further improve performance most notably with the introduction of engineered channels in the reverse side of the shelves. This evolution led to renaming the HiFi rack “Q4EVO”. Now to celebrate 20th anniversary we have launched the Bronze upgrade that can be easily retro fitted to any Q4 HiFi rack or wall bracket. Bronze has a broader tonal spectrum and greater sustain that opens the soundstage of your system making it more musical and enjoyable without losing detail. More

The Q4 EVO Columns come in Black and Silver finish and are available in two diameters, 19mm or SV32mm, and in 6 different heights to accommodate different sized components and can easily be interchanged if your system changes