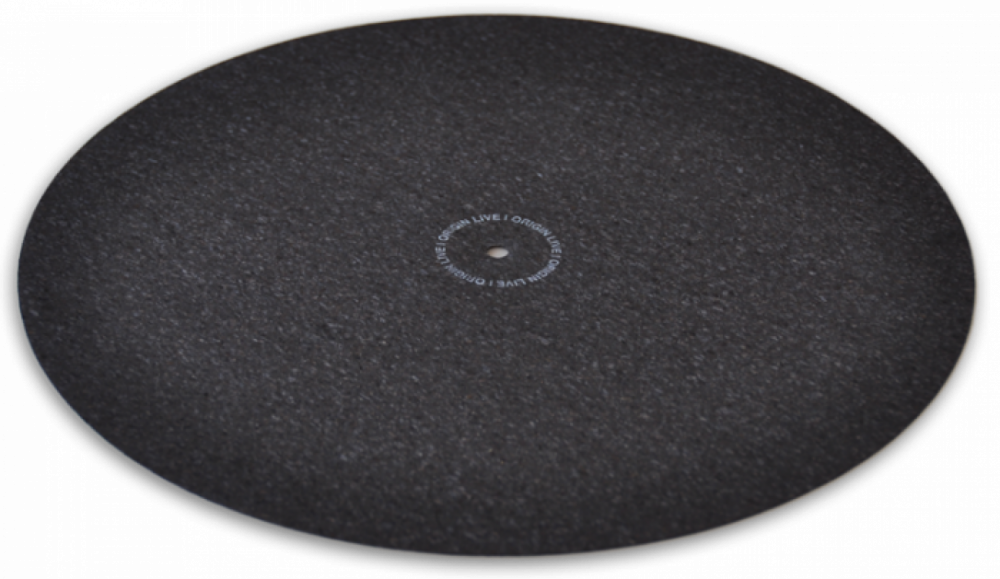 A platter mat upgrade is highly effective because it affects the critical interface between your vinyl records and the turntable you play them on. Experimentation with different turntable mats is simple and quick. You find the sonic differences are usually noticeable. Even if your turntable is not supplied with a platter mat, this mat will improve sound quality. Origin Live’s Platter Mat Upgrade makes a far greater difference than most others, bringing a positive difference to every aspect of the music.

“The platter mat has improved all areas of the sound, most noticeable are the increase in soundstage, front to back mainly, the start and decay of instruments being played are also improved, detail is better, backing vocals that were audible before are now easier to follow, as are the lyrics of the main vocals.
But the largest improvement is the Bass performance, all notes are much clearer and the extension better, it has improved the timing of the music areas also which makes the musical message much more obvious.”

Why a New Platter Mat?

Initially we introduced a semi-rigid mat that we called the Performance Mat. Feedback was almost universally positive, with users reporting superior performance over the recognised market leaders they already owned.

Further experimentation led to a new flexible composite material which sounded even better. Not just a bit better, a lot better. The Upgrade Mat does most things that the Performance Mat does, only it does them better.

Will it work on my deck?

Finding a mat that works universally well on all turntables is almost like the quest for the Holy Grail. In over 22 years we have experimented with countless platter mats varying from felt, fibreglass, air gap, various foams, cork, graphite, carbon fibre, acrylic, PVC, MDF, aluminium, rubber, silicon and steel laminates etc. This is to name but a few. Many of these mats yield significant improvements to some areas but have drawbacks in others.

A mat that works well on acrylic platters is almost unheard of, but this one really does the trick! It also interfaces well with metal, glass and composite platters. The Origin Live Upgrade Mat is only 1mm thick, and so is well within the ability of most tonearm height adjusters. The material mix from which it is manufactured must remain confidential.