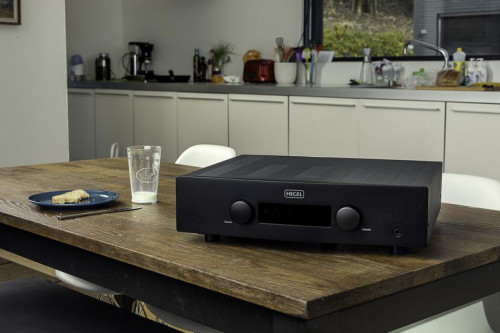 The story begins in 1988. Bent Holter - student at the Technical University in Trondheim (NTNU) decided to do a thesis under the original design of the amplifier transistor that would cure the problems of classical systems. Enemy number one - harmonic distortion. Holter somehow could not accept the fact that when we give a simple signal to the amplifier, you will get that signal plus something else - distortion produced by electronics. Fighting distortion usually meant the deterioration of other parameters, including damping factor. Holter decided to break out the classic schemes and developed a project that became the basis of what we know today as SoundEngine Technology. And where the name of the company came from? Well, after hours Bent played in a rock-metal band called The Hegel Band. When they needed amplifiers for concerts, Holter suggested building them himself. His ideas took on real shape, but it took lots of money to refine the technology. Help came from Telenor - one of the biggest players in the telecommunications industry.

The HD30 is the ultimate digital control center. It does everything you can dream of...

The HD30 is the ultimate digital control center. It does everything you can dream of...